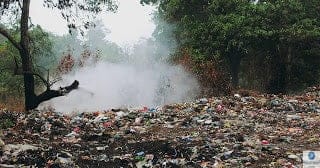 Technological Progress is given below: Might is right, but in the contemporary world, the phrase has now become obsolete. Herewith the invention of technology, hi-tech warfare is conducted through commands from your fingertips instead of holding a gun as an object they use high definition electronic gadgets. For example, equipment”™s like Drones, sophisticated radar-controlled missiles. War used to take place generally because of the territorial advancement of the conquerors for which one had to cover and go beyond its boundary wall for invasions. In the initial stages, powerful invaders army personnel used to travel by bart or use animals like horses, elephants to cover maximum ground. As time evolved specific military forces equipment and vehicles came into force.

To win battles, time is the essence. To reach faster, the man started thinking about air space for strikes, in this mode, there are fewer natural nature-related hindrances and it can cover ground more swiftly. Nowadays there are fighter jets, which can travel much faster than sound and light with maximum impact.

Â  Every warfare requires planning and strategy. Conquerors used different modes of entering into a country, mostly they used to beginÂ toÂ trade, then make colonies. Thereafter slowly encroached upon their land. In thisÂ stage, they used to monitor by sending their agents as spies, gather vital information, but now because of technology they make dents in theÂ strategicallyÂ important departments and get themselves acquainted with information. History states that conquerors to project themselves as a powerful leader invaded to show their might and strength and thereby increasing their empire. During this invasion, unfortunately, there was severe casualty loss of human beings and life stocks and the weaker segment of people were used as slaves and their belonging was grabbed and taken to their country from where they originated. Where brute muscular strength was not sufficient to overcome enemies, they used swords, spears, knives. With the advancement of time came a potent weapon which was known as guns and in the 20th century with much research, development came sophisticated warfare ammunitions like bombs, machine guns, tanks, etc. Countries having such artilleries wereÂ always feared, now also countries withÂ aÂ nuclearÂ bomb is a status symbol and they would not like other developed countries to manufacture such ammunition. Now the weapons are so advanced and with a capacity of mass destruction if used can create a permanent irreparable loss to the geographical area which is targeted. For Example, in Japan still, now generations are suffering due to the radiation effect. Â  Unfortunately, due to the globalization effect, powerful nations are becoming more powerful and for existence, poorer nations have to join hands to sustain their citizen’s needs. HereÂ to the powerful nations have sophisticated weapons which they like to be sold to the developed nations. Due to their evil design don”™t want peace. For existence and self-defence countries buy these artilleries use to defend themselves from the threats giving by neighbouring states.Â  Â  Being the market very potent, but there is severe competition to purchase these high-end weapons. One can use multiple processes to influence the buyer and in this market place, one who does deals is backed in the international forums for any of their specific needs. International forums can be bilateral or multiple forums like the UN and so on. Â  In this world, there are different races with different religions and likings. Every country has its own culture and follows a particular pattern which is reflected in their lifestyle. If every country respects each other”™s ethnic values and is not over-ambitious, if countries try to develop this world with technological guidance then the objective of mankind and other living beings would be better accomplished.