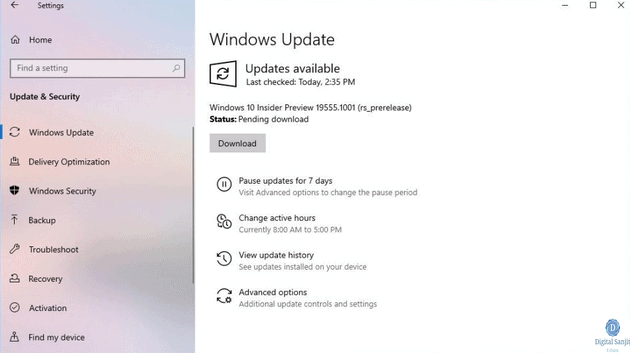 Good evening, friends! Microsoft has released a new pre-build of Windows 10, numbered 19555, for members of the Windows Insider program who use the early access channel (Fast Ring).

We as a team would like to remind you that the “Early access” channel releases builds which may contain rather unpleasant errors. If you need more stability, we would state that switching to the Slow (Late access) or Release Preview channels.