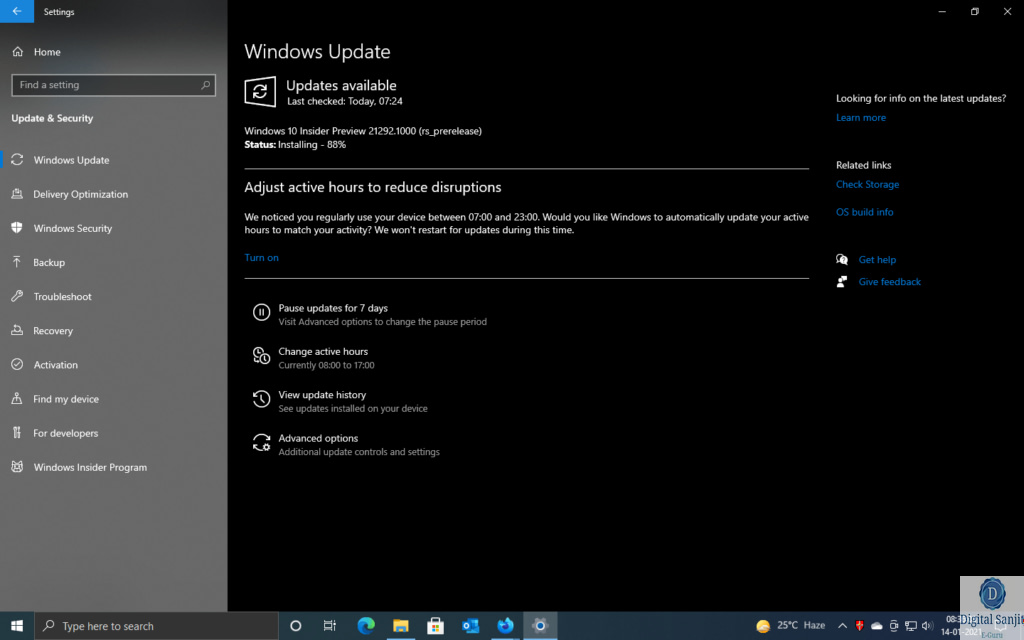 We would let you that the Dev channel which can contain quite unpleasant with errors if you are a beginner. If you need more establishment, we recommend switching to the Release Preview channels or Beta (Late access).

Information about current weather conditions is displayed directly on the “News and Interests” button on the taskbar, so you just need to look at the notification area to immediately be aware of the weather outside the window. The weather forecast is updated throughout the day, so you will see an accurate visual representation of the current weather conditions and air temperature in your region. You can change your location by clicking on the three dots on the Weather card and selecting “Change Location”. To view a detailed forecast, just click on the “Weather” card. On the MSN website, you can find interactive and animated maps, as well as news about weather events.

Based on the feedback, Microsoft has updated the “Settings” -> “System” -> “Sound” section, where a notification will now be displayed if the microphone access permission is disabled for the entire system or all applications. The message contains a link to the Microphone page in the Privacy section.